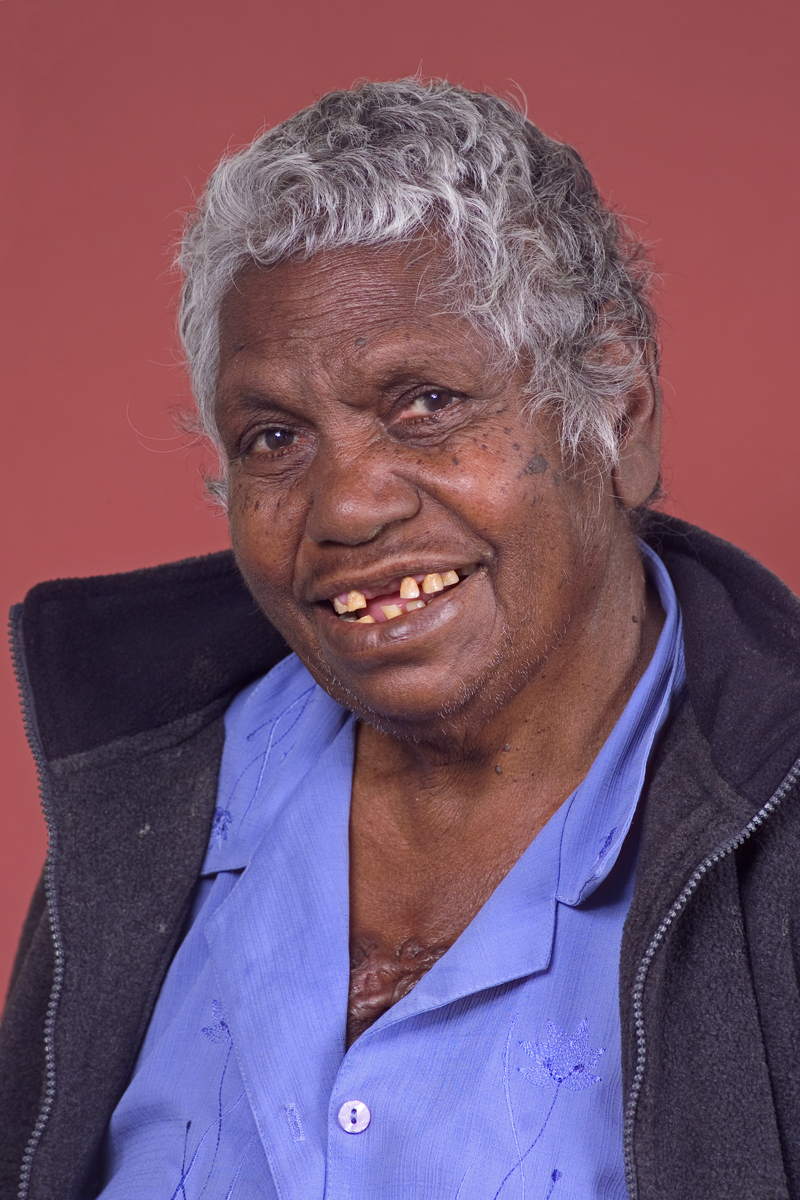 In a career spanning almost three decades, Gloria Petyarre continues to be one of Australia’s most important and successful female artists, especially of the Eastern Desert. In this enchanting exhibition, Leavesbrings together a superb representation of Gloria Petyarre's most notable works.

An Anmatyerre woman from Atnangkere country in Utopia, Gloria Petyarre began her painting career when workshops were introduced to Aboriginal people of her community in the early 1990's. Although unsure of the medium at first, after having worked over a decade with silk batik, Gloria knew there was no looking back when she held her paint brush for the very first time. Painting brought her a sense of freedom of expression and, being experimental by nature, it  has allowed her sense of artistic authority to develop.

Gloria has been known to paint many subjects in different styles over the years and her works are ranked amongst the best in Australia; collected by art lovers and art houses alike, all over the world.

On this piece, she looked down realising the muddy yellow and brown shapes she had paintedresembled dried leaves scattered on the canvas, just as they were on the ground around her.

Gloria's Leaves paintings soon became more refined and it was in 1996 when the Leaves phenomena began to fully emerge capturing the attention of many devoted art lovers, bringing them to the movement because of their resonance with the viewer.

Gloria often painted these motifs using one to three subtle colours; first visualising the painting in her head before tracing out the pattern one colour at a time, allowing the first colour ample time to dry so as not to mix and contaminate the other colours.

The most popular works are those with pleasing patterns where leaves appear to be picked up in swift passing zephyrs, entangled in whirls of wind and swept across the landscape. The canvas holds no boundaries in these; it is as if the energy and movement continues off in all directions

This life energy has attributed to the success of Leaves, winning Gloria the very prestigious Wynne Prize in 1999. The Wynne Prize is one of Australia's longest-running art prizes, established in 1897, which now runs annually alongside the Archibald Prize held at the Art Gallery of New South Wales.

This major prize is awarded to the artist of the best Australian landscape painting or for the best example of figure sculpture by Australian artists completed during the preceding 12 months. Gloria was the first Aboriginal person to be awarded the prize; a triumph for Aboriginal art and a milestone for female artists in Australia.

Utopia’s longstanding status as a vibrant art making community has always rested greatly on the leadership and creativity of its women. In a career spanning 30 years, Gloria Petyarre joined the elite ranks in her earliest days exhibiting across international borders with her work in batik. The Utopia batik artists had consisted of all women apart from one male, Lindsay Bird Mpetyane. When the Summer Project began - introducing acrylic painting to the artists - Gloria was part of this same group experimenting with the new medium from day one; participating, learning and leading which is a strong part of her value system.

'We was laughing, we didn’t know [laughs]. We told them ‘we don’t know canvas, we only been doing batik’.  Awelye I been put. Learn, learn, learn more.' -Gloria Petyarre

Gloria Petyarre currently ranks 11 on the overall Australian Indigenous Art Market (AIAM) index, an outstanding achievement which strongly supports Gloria's outstanding career as an artist and female leader in her field. Only two other artists above her are women; her Aunt Emily Kame Kngwarreye, ranking at the coveted number 1 and Maggie Watson Napangardi at number 7.

In the mid 00's Gloria reinvented Leaves and is now mostly seen painting in this format, translating the leaf motif with large bold gestural and highly colour charged daubs superimposed over one another as the paint is still wet - a far cry from her earlier works. It is one of the most exciting styles to come from the Eastern Desert art, capturing the same essence of instinct and expression as Emily Kame Kngwarreye before her but with Gloria's own trademark motifs.

If you are ever fortunate to watch Gloria paint, it can be very therapeutic; dabbing the oversized paint brush into a brightly coloured paint pot and on to the canvas in quick succession, flicking her wrist with ease and grace to trail off the 'leaf', before dabbing the brush into another coloured pot and continuing the action. It is not long a distinct pattern emerges - and it will look different again by the time it is finished.

Thank you for taking the time to read about our first exhibition for 2016. We are only too excited to share this fine collection by Gloria Petyarre with you.